The FBI virus is all over the news these days. It will start out with no particular warning whatsoever. Suddenly you’ll see a window with an official FBI emblem on it. The message will tell you that your system is now locked.

The message informs you that you violated a federal statue concerning copyright law, and that your computer is now being held for ransom unless you pay $100 or $200. It seems completely plausible at first considering it seems so random. But it’s a virus scam to make money.

Some variations of the virus can also steal financial information from you as well, getting money out of you one way or another. Many are paying the fines and not getting any closer to fixing their computer anyway. Apparently, the virus started in Russia but now it’s rapidly spreading.

A total lockdown of your system can happen as well. The problem is that firewalls and antivirus software are often not enough to keep the virus out of your system. Once you have it, there’s not a lot that you can do.

That’s why some people are referring to the virus as “FBI ransom” because the virus is essentially ransoming your computer, making it impossible for you to use it until you pay up. And even if you do pay up, not only is it all but certain that they won’t fix your computer, it’s also a fair bet that they will simply steal whatever banking data you give them to try to pay the fine.

Many people are making this mistake and to date millions of dollars have been extorted from unsuspecting Internet users who end up with the virus and actually think that it’s legitimate, that the FBI is actually doing business this way. At the very least, you know that the FBI would never issue a warning or threat in such a manner. The FBI has already released a statement to this effect to reassure people that it’s not them that’s doing it.

Then you’ll be out both a computer and potentially thousands of dollars. This scam is apparently spreading rapidly at present.

This particular FBI virus is a tricky one because simple antivirus scans are known to be completely ineffective against it. Even those scanners that do manage to get a hold of the virus can’t seem to get rid of it completely. It will still leave security loopholes in your system that can still be exploited from the outside to leave you vulnerable.

Unfortunately, the only way to be sure is to completely rebuild your system from the ground up to make sure it’s at a secure level and that no loopholes remain.

Your PC Tune Up Done Right 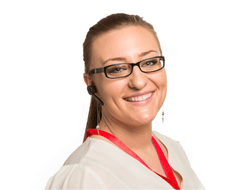 The Only Geeks That Rock